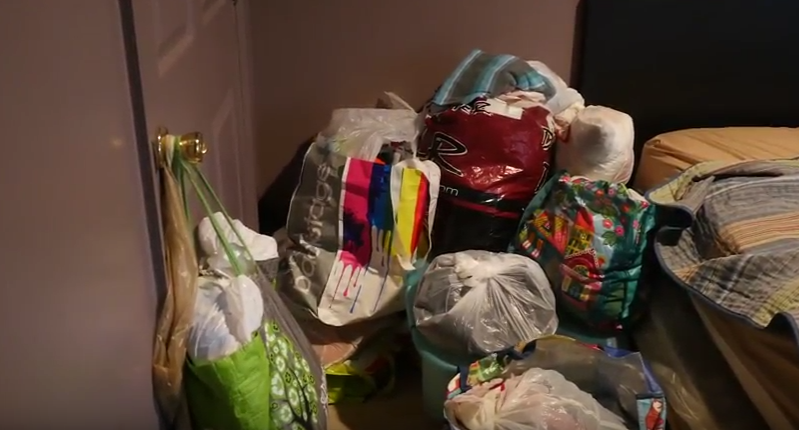 Last week, Yahvon Early and her daughter noticed a damp spot in their newly repaired unit, in the same area where a ceiling had previously collapsed. The day after we released our report last week, a Housing Authority representative was sent to Ms. Early's unit to inform her that the damp spot pictured was simply a "missing paint spot." Ms. Early is monitoring the spot to see if it expands over time.

On Wednesday, July 31st, Justice First reached out to representatives of the D.C. Housing Authority by email, with Ward 5 council member Kenyan McDuffie cc'ed, to inquire about the results of a mold inspection ordered by the Housing Authority approximately one month ago. 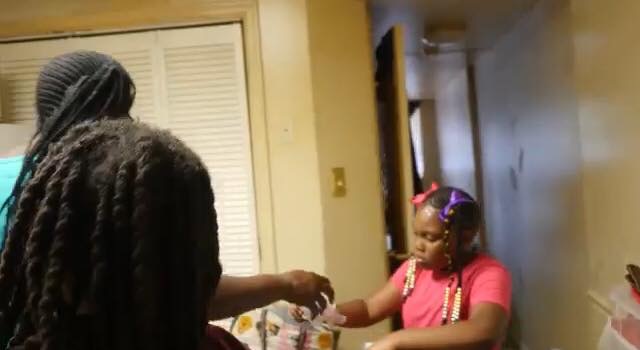 For years, Gretchen Helm and her children have been forced to endure mold and rodent infestations in their public housing unit at Montana Terrace in Northeast Washington, D.C. Photo credit: Francis Tatem.

In the email we emphasized the importance of receiving the results, in order to have knowledge of the existing mold levels, and to consult with mold specialists to determine adverse health impacts. To-date, we have received no response.

So far, Gretchen Helm and her family have gone through two inspections by representatives of the D.C. Housing Authority, in addition to a mold inspection that took place back on July 2nd, 2018.

Though we reported last week that at the most recent inspection - the "housekeeping inspection" - Ms. Helm was told that work orders would be called in, and that she would be sent a notice before work was completed over the course of a one-day period, she has unfortunately (though not surprisingly) received no further communication from the Housing Authority.

In other words, there is still no information whatsoever on when or if the rampant mold infestation in her unit will be remediated, nor if steps will be taken to address the rodent infestations, which cannot be addressed without plugging the many holes that exist throughout her unit.

The D.C. Housing Authority has moved at a snail's pace, without addressing any of the slum conditions they are responsible for as the landlord at Montana Terrace, despite knowing that young children live in this unit. In the same email referenced in Ms. Early's update above, Justice First inquired to the same Housing Authority representatives, with Ward 5 council member Kenyan McDuffie cc'ed, about the results of last month's mold inspection. This is critical for both units, but in particular for Ms. Helm and her children, as they continue to live with visible mold throughout their home.