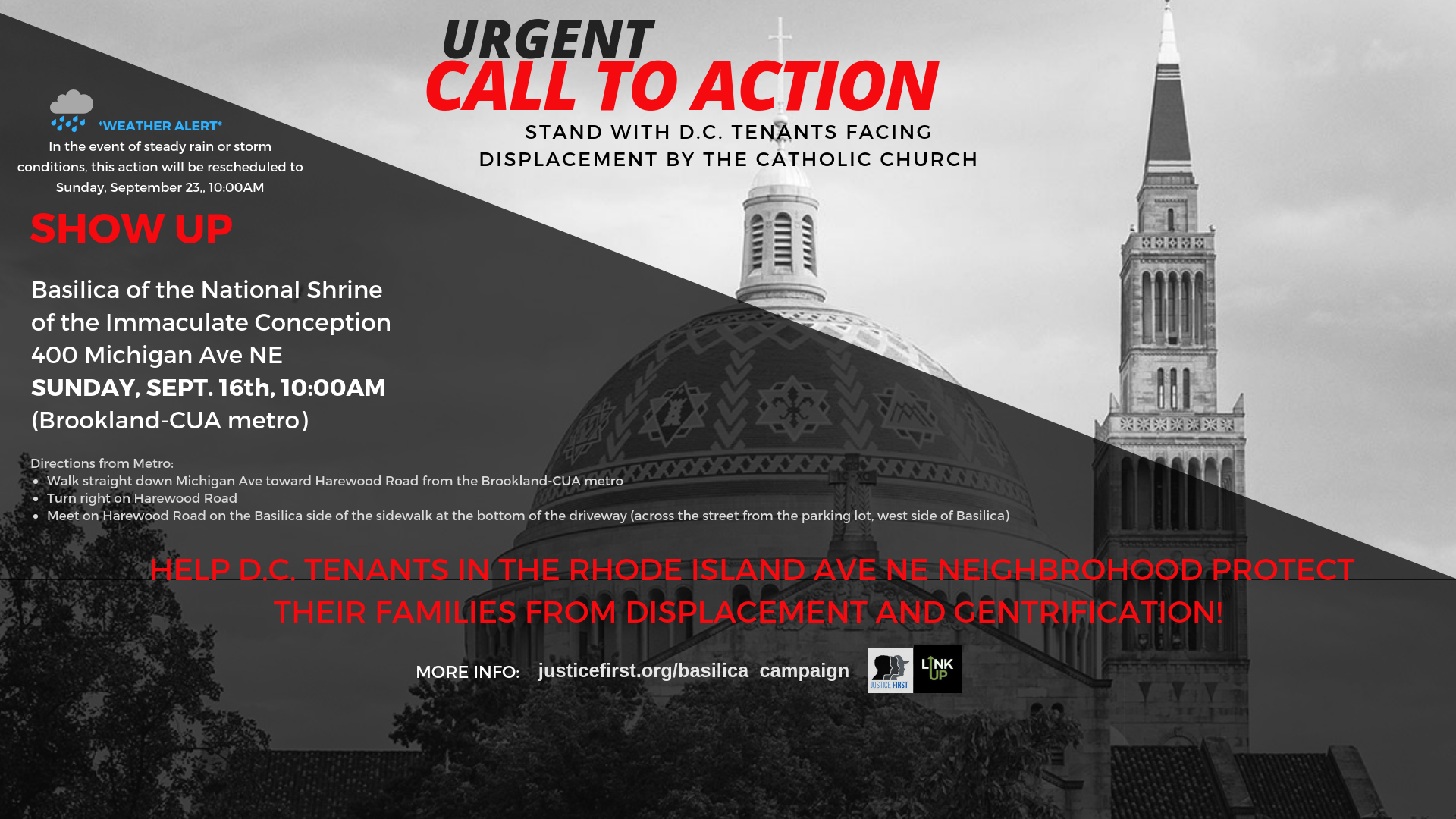 Last week, we published a response from the Basilica of the National Shrine of the Immaculate Conception Title Holding Corporation, in which it was made clear that the Catholic Church is attempting to abdicate responsibility for their role in displacing working class tenants of color and facilitating gentrification of the Rhode Island Ave NE neighborhood of Washington, D.C. 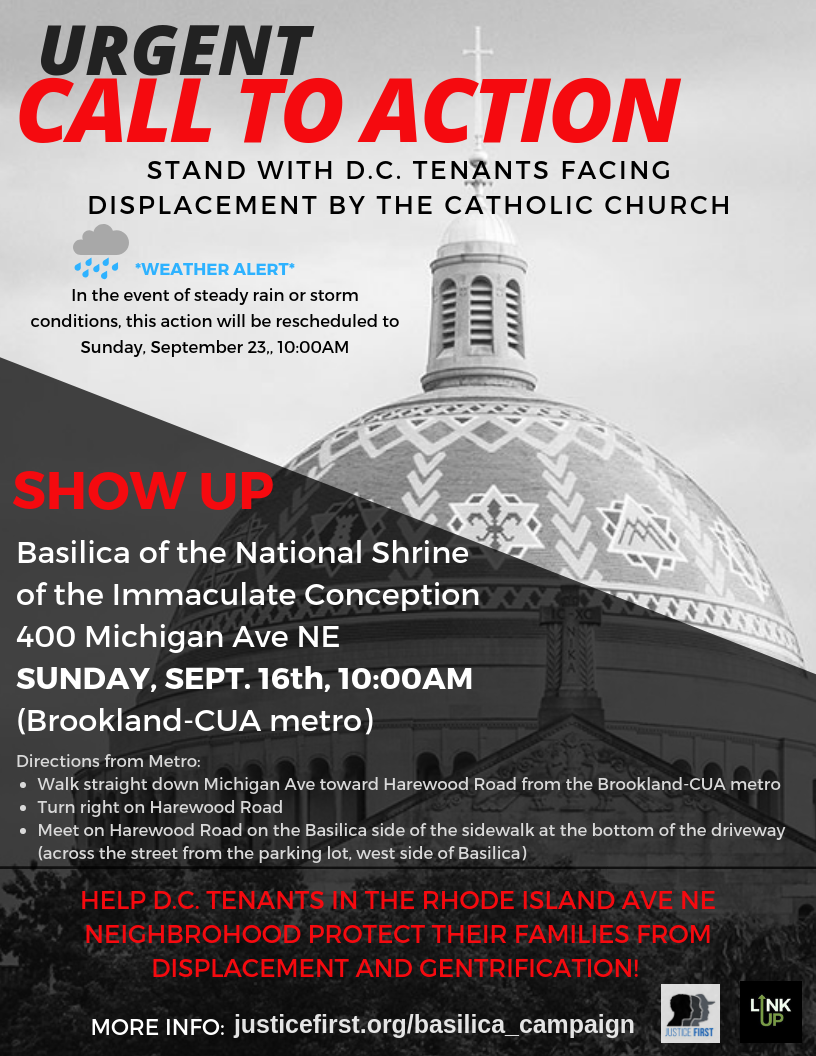 This is an urgent call to action by tenants from impacted buildings who are organizing to protect their families from displacement and their neighborhood from predatory gentrification policies.

Tenants have made clear that they will not allow the Catholic Church to ignore and disregard their homes and families. A human right to housing is a clear teaching of the Catholic Church - one that it has failed to adhere to as it places its own financial transactions ahead of the human needs of working class people of color in the rapidly gentrifying nation's capital.

Justice First and LinkUp are organizing with tenants and supporting this call to action.

Stand with tenants to say NO to displacement, NO to gentrification, and NO to one of the most powerful religious institutions in the world participating, against its own teachings, in the total disregard of a human right to housing.

RSVP on our website or Facebook,and take a stand against the Catholic Church's ongoing participation in displacement of people of color and the gentrification of Washington, D.C. Contact [email protected] if you are able to volunteer on the day of the action.

Donate to Justice First to support our on-the-ground organizing work with tenants fighting to protect homes and families against displacement and gentrification.