Throughout the Summer and Fall all of us working together with the tenants at Congress Heights have been able to stave off the threat of displacement and gentrification. Since we have started our struggle we have not only prevented the imminent destruction of the properties at Congress Heights, but we have pushed forward the entire struggle against slumlords in Washington D.C. 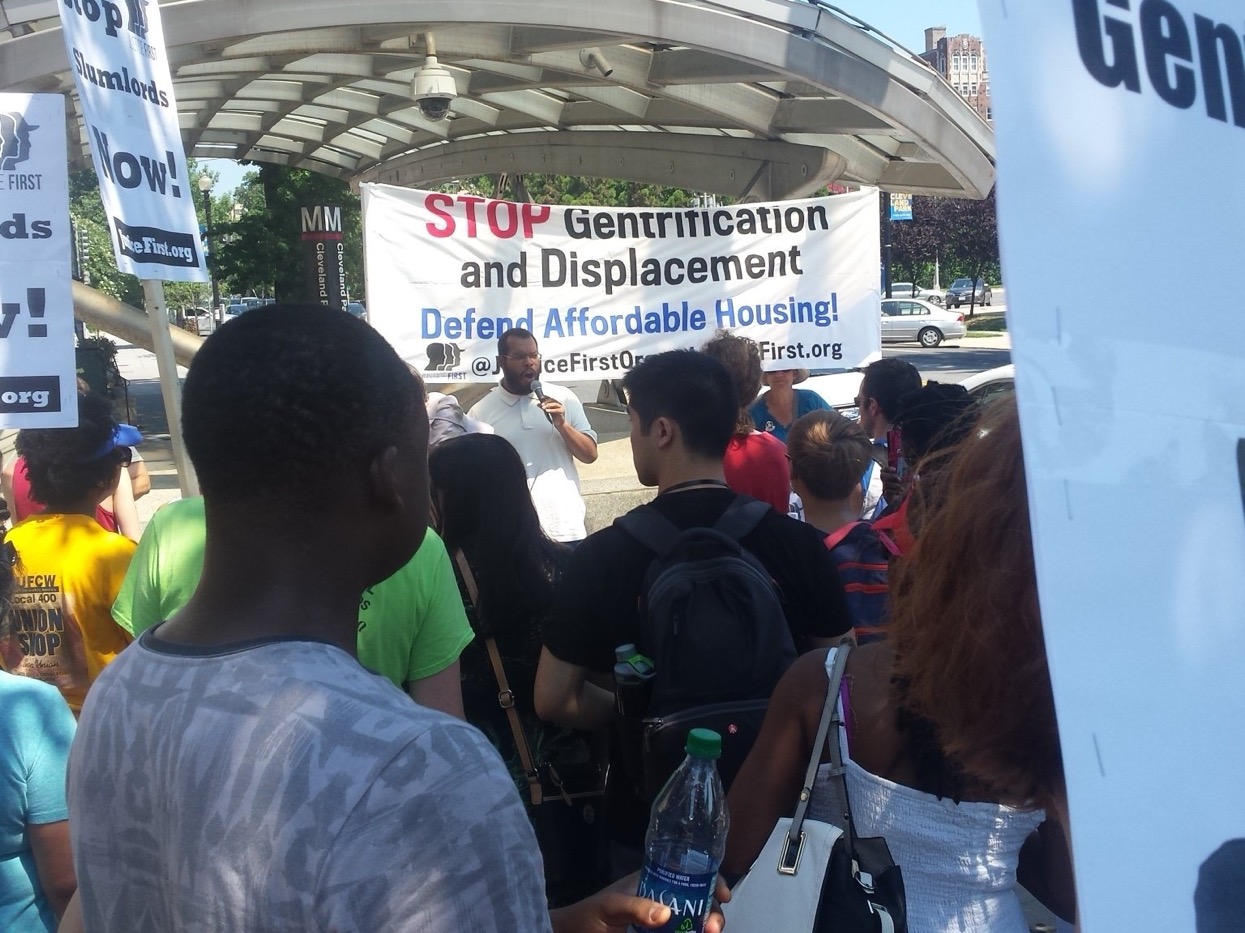 D.C. Councilmember Anita Bonds, for instance, introduced a bill aimed at enhancing the ability of the District’s Office of the Attorney General to attack slumlords for conditions that threaten tenants' health and safety. Further our work to expose Sanford Capital sparked the Attorney General to file a lawsuit defending Congress Heights tenants, and then to go further than that and sue Sanford for violations in other buildings.

We have prevented WMATA from selling a valuable parcel of land to Sanford Capital and their business partner in the Congress Heights deal as well.

How have we done all this? By not being afraid to take action!

On July 23, we went back to the home of slumlord Geoff Griffis. We marched in his Cleveland Park neighborhood, letting his neighbors know his real record of displacement and slum facilitation. Then we held a rally directly in front of his home where residents from Congress Heights spoke about their struggle, while tenants from Anacostia and Columbia Heights spoke out about their own struggles with slumlords and their commitment to building a citywide movement against slums. 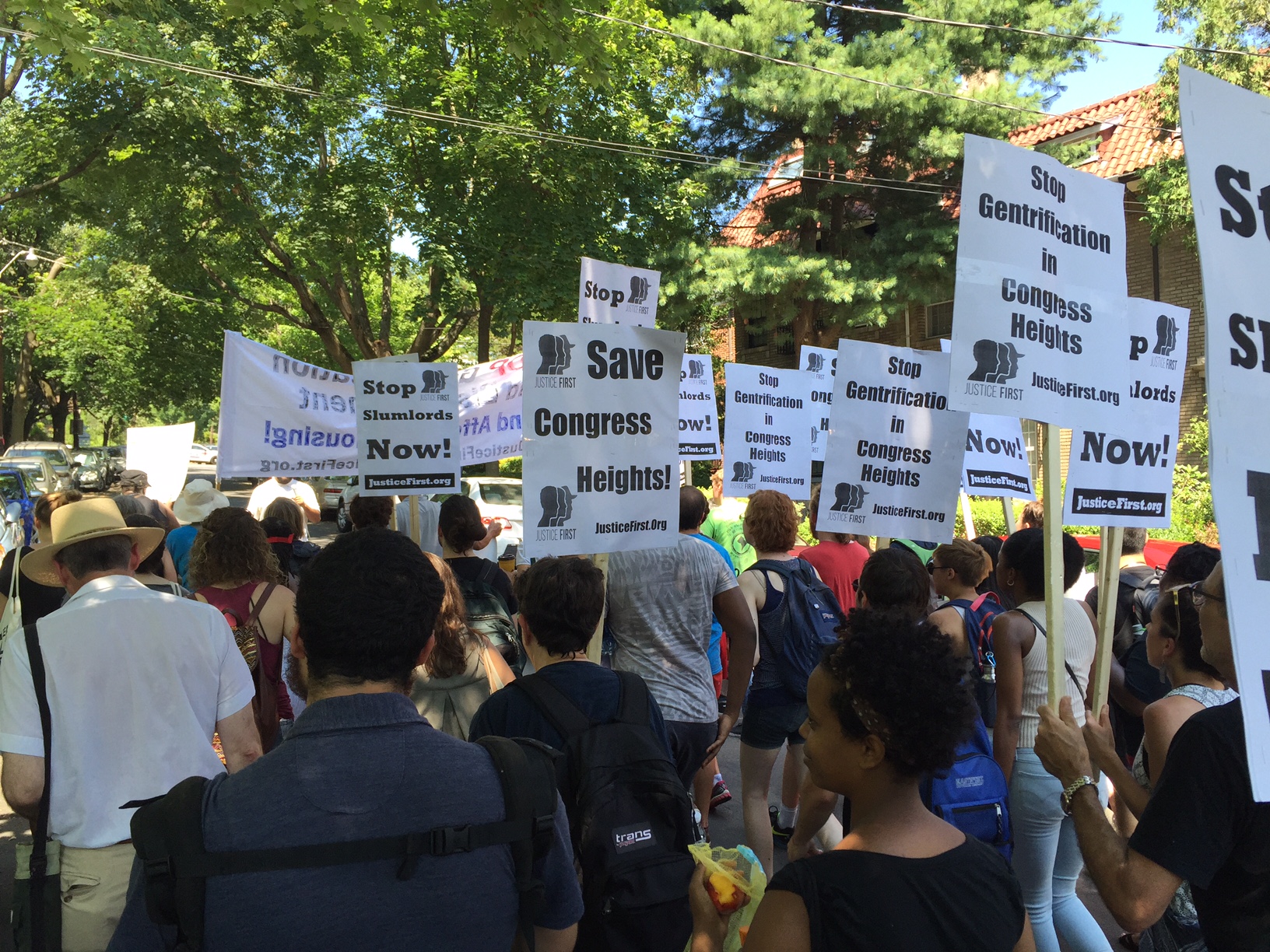 On July 27, we came together to direct dozens of calls to WMATA demanding they not facilitate the Congress Heights deal by selling crucial land to Geoff Griffis and Sanford, and, as we asked, they tabled the agenda item and refused to consummate the deal.

On September 2, along with our friends at ONE DC, we held an action at the Congress Heights properties for the National Renters Day of Action. Together with people gathering in cities and towns across the country we underlined our shared belief that housing is a right. We heard from tenants about their struggles at Congress Heights, as well as Section 8 tenants fighting for their rights in Chinatown at Museum Square and in Anacostia at Barry Farms. We also heard from workers with Project Retail, fighting for higher wages for working people, an important aspect of making sure people have a place to live. 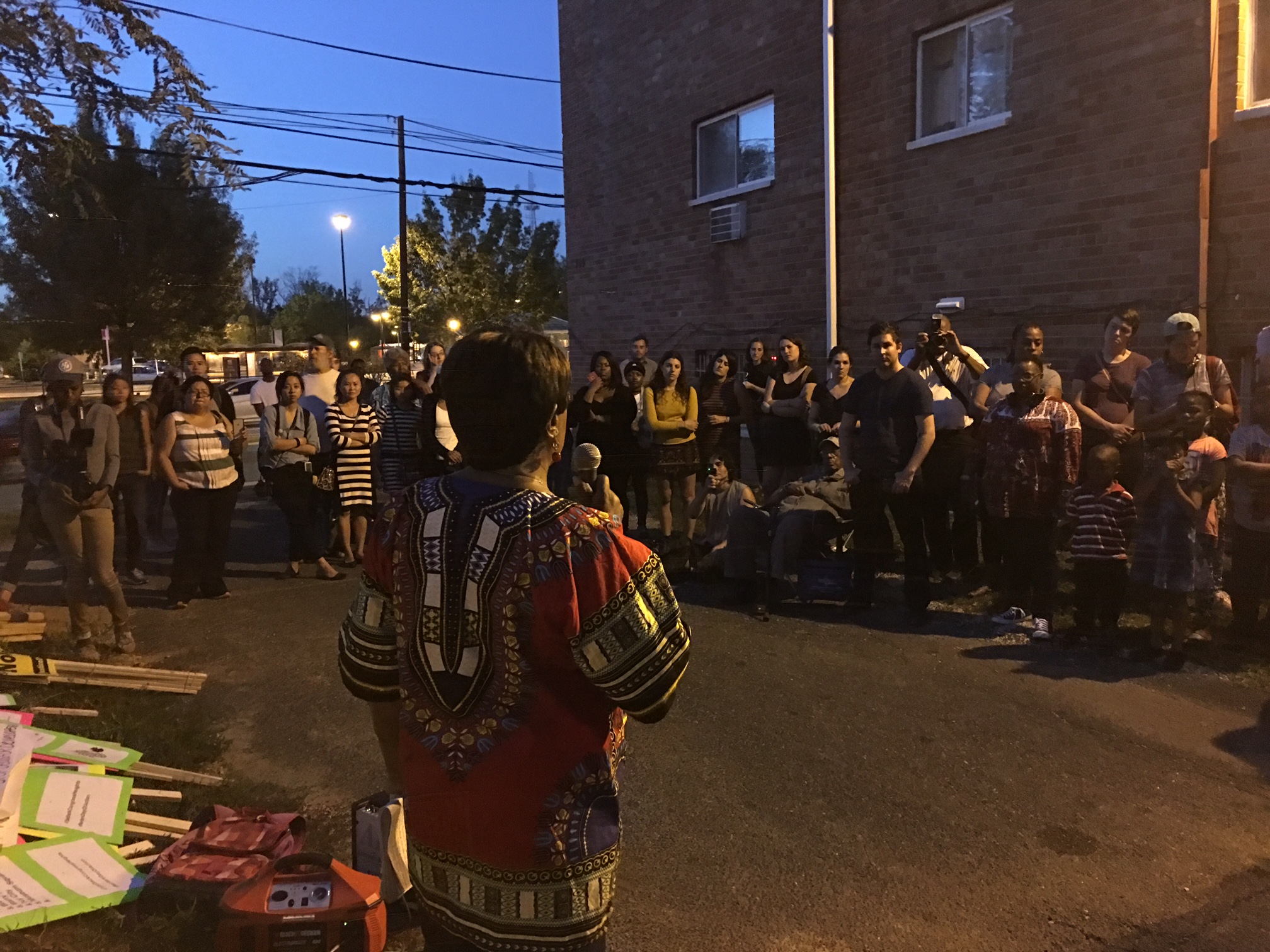 The struggle continues, but the spirit is strong. 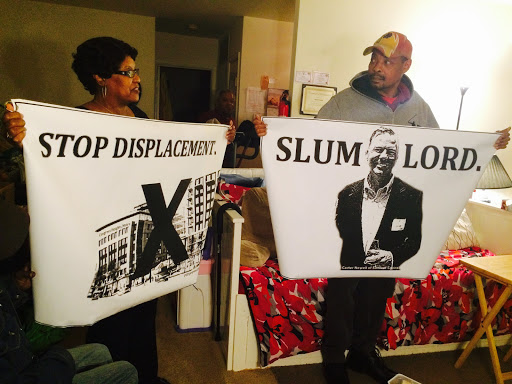