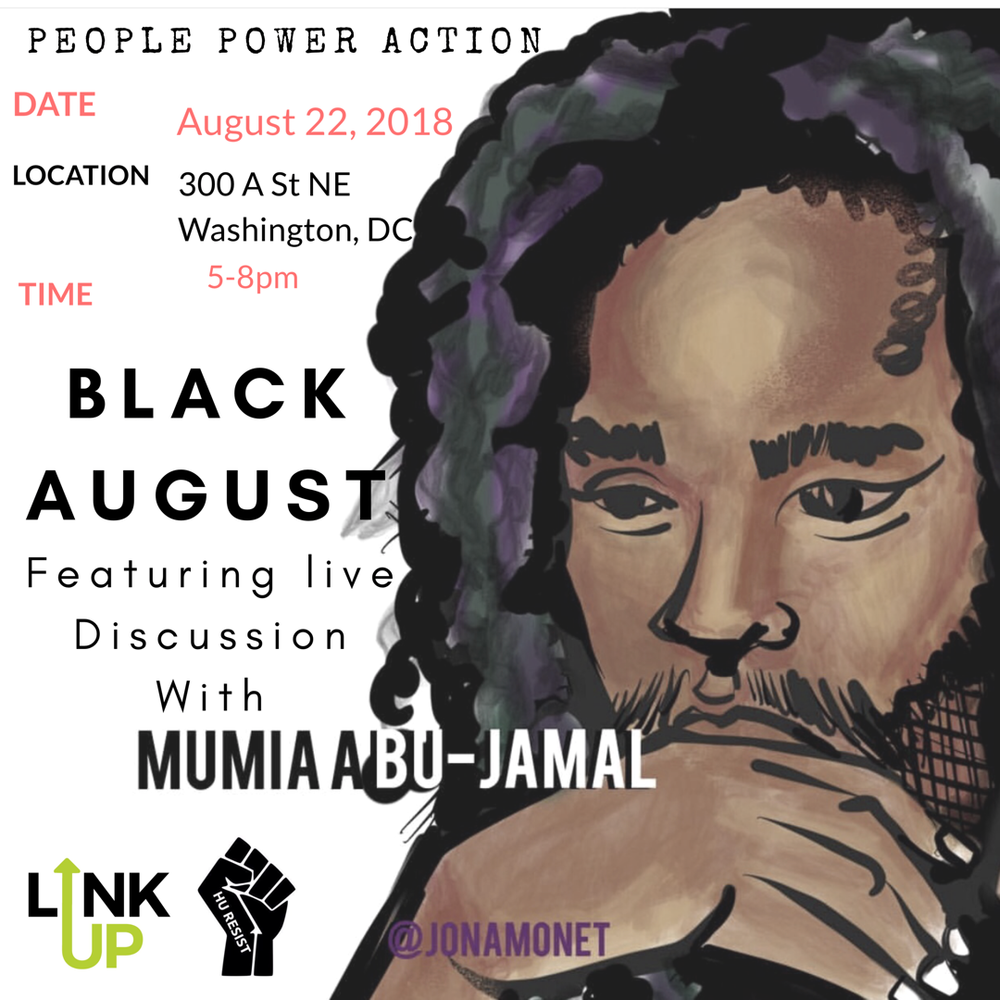 We encourage our supporters to RSVP to attend this special Black August event featuring the second live conversation with political prisoner Mumia Abu-Jamal.

Click here to read the transcript and watch video footage of their previous event with Mumia. The upcoming August 22 event will take place just one week ahead of Mumia's next court date, at which he and his legal team will discuss the violation of due process that took place in his case when former District Attorney Ronald Castile, who prosecuted Mumia, later became a Pennsylvania Supreme Court Justice and subsequently took part in deciding against Mumia's appeals. In organizing to expose and address mass incarceration and the prison industrial complex, LinkUp has additionally formed a Prison Organizing Committee.